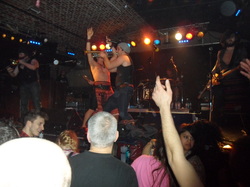 I am a mess. My whole body hurts, I have no voice, I cannot think clearly, my head spins.
Why, you ask? And why do I still smile like a little child? I didn’t take drugs and I didn’t drink any alcohol. So what could have done this to me?

The answer is: Zdob Si Zdub.

But let me start from the beginning:
I just travelled to Cologne with my girlfriend since my favorite band didn’t come to any city closer to my hometown. The Club Bahnhof Ehrenfeld is a nice little club in Köln, Ehrenfeld, with a lounge, a bar and a room for parties and concerts. On 2nd of March, 2012, Asphalt Tango Recors, a german music label distributing Romanian and Moldavian folk music, had a big birthday in this club since they turned 25.

When we got in, I got a bit thoughtful. I thought “Man, you’re expecting so damn much, it’s not fair… The Zdubiis are great, but they’re just human! Cool down a bit!”
Then the Mahala Rai Banda got on the nice little stage, 11 Romanian Musicians who really know what they’re doing. It was both sweet and very cool, the band members had so much energy and fun and the music was- although you would call it folk music- really fast and energetic. We danced to the beautiful melodies and I forgot about my fears for a while but then the stage went empty again after the Mahala Rai Banda left it amid the applause of the crowd. Almost half an hour the DJs played a mixture of Balkan-Beats, House and Dance-Music, until Sveatoslav, the guitarist, Andrei, the drummer and Victor, the trombonist, entered the stage, setting some cables right and talking to the sound engineers. Valeriu, the trumpeter, appeared shortly, then everyone left the stage. My fears came back, I thought things like “Their new album was great, but I missed the heavier parts of the band.  Will they play heavy stuff? Will they play old stuff? Will they satisfy my high expectations?”
My girlfriend was worried, seeing me with my thoughtful face shortly before I would my favorite band. She started to ask whether everything is alright when the six Zdubiis entered the stage, Roman reaching for the microphone, getting in front of the crowd and screaming “SO LUCKY!”
Boom.
Only two words were enough to blow my worries away. I had no time to worry anymore, I was too busy to dance and scream “Martini! Whisky on the Rocks!”
Roman went totally crazy and jumped around singing, Sveatoslav raped his groovy 450-sheep-stickered guitar, shaking his head like the rockstar he is, Mihai  gave the bass all the love and energy he got, Andrei played his drums like a boss while Victor and Valeriu readied their shining weapons to support the band with full brass power!
After “So Lucky” and “The Holy Fuel” Roman greeted us with his sweet accent and told us that they, although they were on the “Basta Mafia!” are going back to the roots- with Ruta Ruta! The audience exploded, I couldn’t breathe anymore, and I knew: This was just the beginning!

One bomb of a song was followed by the next, there was no end and I almost drowned in a pool of energy, fun and passion. Miorita, Trece Vremea Omului, a cool and hard version of Maria, Nunta Extremala, Zdubii Bateti Tare, there wasn’t a second where the crowd could stand still. I was really exhausted when the band stopped shortly so Roman could announce the next song, excusing himself for his accent and telling us in some kind of german that the next song would be Hora Cosmica. I always was at my limit, but the band just pulled another load of smashing hardrock-rap-folk-pop-punk-ska-hits, Basta Mafia, Mamaligamania,Bunica Bate Doba, Ciocarlia… And then they suddenly disappeared. The crowd needed a few seconds to gasp for breath, but then we shouted “ZDOB SI ZDUB!!! ZDOB SI ZDUB!!!” as loud as we could, because this couldn’t have been the end. And it wasn’t. The band was on the stage again and Mihai announced a “very old song”… Shortly after that Videli Noci was played and you could hear every single person in the location singing every single word of the song. It was just beautiful and astonishing. That would have to be the end, wouldn’t it? What could top this? Maybe the fact that they played DJ Vasile after that in their old fashion (not slow and tender but hard and loud)!

Or the fact that after that the whole Mahala Rai Banda entered the stage to play Cuculetul with the Zdubiis!!! The party reached its peak with 17 truly talented, music-loving guys, playing a vast amount of different instruments that blend in with each other perfectly. I pushed myself a last time forward, dancing and absorbing this pure form of energy and fun.

After the concert, the DJs started to play music again, while my girlfriend asked me how I found the event. I had no words for it. Well, I also had no voice so she wouldn’t have understand me anyway, but I was just overflown with luck. I went outside after a few minutes of sitting and drinking a huge load of water to refill my body since I haven’t sweated so much in my entire life.
I met Valeriu outside the Danceroom and took a photo with him, telling him how great they were. And then I went to the hotel with my girlfriend. Totally exhausted.
Asking myself why people go to concerts of uncreative pop-musicians who only sing for money and fame. Knowing that I won’t forget this evening ever. Knowing that I have to buy the Zdob si Zdub albums I don’t own yet. Knowing that I HAVE TO SEE THEM AGAIN!
Smiling like a little child. 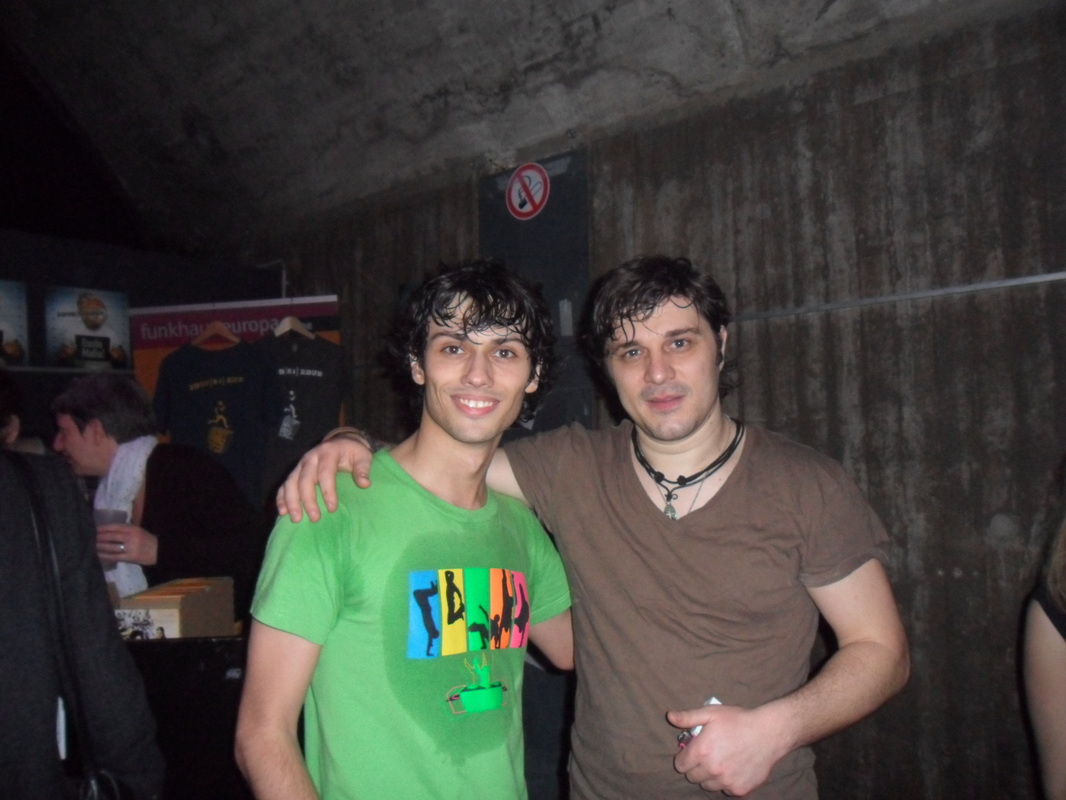